Юридические услуги / News / There is nothing to recover from the legal entity-debtor? Bringing controlling persons to subsidiary liability! 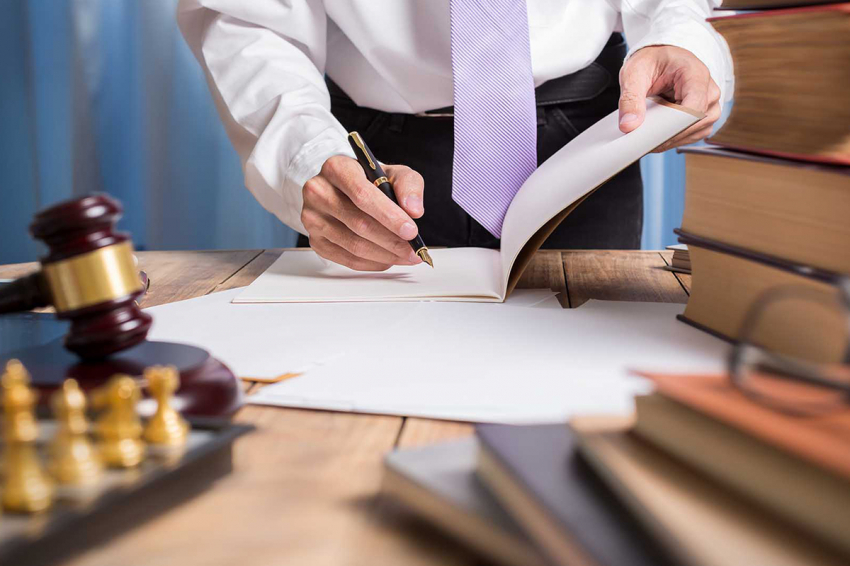 There is nothing to recover from the legal entity-debtor? Bringing controlling persons to subsidiary liability!

Reminder! The material is devoted to the collection of debts from foreign legal entities, namely, from debtors – residents of the Russian Federation. Need to act according to the principle “in war, all means are good”, namely, using all possible tools for recovery. We have already considered “encashment settlement accounts of debtors” and “cooperation with bailiffs”. Let’s move on to a method that will help if the previous options “didn’t work” or they can’t be used.

So, what if there is nothing to recover from the debtor?

Importantly! When the debtor has neither money, nor property, nor other assets with which he can voluntarily or forcibly pay the debts, the law allows creditor to bring debtor’s controlling persons to subsidiary liability.

Under what circumstances? The accounts are “empty” and there is no movement, there is no movable and immovable property either, the enforcement proceedings ended without a result, the general director and founders were replaced on “fake people”.

According to the law, controlling persons are considered to be: the general director, management personnel (manager of the organization), a member of the debtor’s executive body or a member of its liquidation commission, a liquidator and other persons, the list and descriptions of which are indicated in the relevant legal acts.

Should be understood! The status of “controlling person” must be justified by law, for example, the fact of being related to the debtor, or having the authority to conclude any transactions, cannot be the basis for assigning such status.

If it is proved that a person meets the signs of a controlling person, therefore, he is such, then he automatically becomes a debtor, liable for the debt of a legal entity with all his property!

What does it mean? This means that debt collection has a chance to become successful, even if the debtor is excluded from the Unified State Register of Legal Entities or liquidated, the debtor is “abandoned” or the controlling people ​​have already been changed on fake people.

Method number 1. Attraction through bankruptcy, which involves the introduction of a monitoring procedure, the implementation of bankruptcy proceedings and direct attraction.

The method is not the most effective, since the collection can last for years, costly and not always predictable in terms of performance.

Method number 2. Attraction  bypassing the bankruptcy procedure, a method that has proven itself to be “effective” in practice, therefore we will consider it in more detail.

So, as soon as the bankruptcy case is “closed” by the court on the basis that the creditor does not have the funds to finance the bankruptcy procedure, the creditors have the right to bring the debtor’s controlling persons to subsidiary liability through the court (the rule was introduced by the Federal Law “On Bankruptcy” in July 2017 ).

Importantly! The law obliges the management of the debtor not later than one month to declare the debtor bankrupt through the arbitration court in the case when:

♦ the debtor falls under the criteria of insolvency/insufficiency of property;
♦ satisfaction of creditors’ claims will result in non-fulfillment of monetary obligations;
♦ recovery of the debtor’s property assets will complicate/suspend its economic activity.

If the requirement to “declare bankruptcy to the court” is not met, then the mechanism for collecting debts from the debtor’s controlling persons is automatically “launched”!

An analysis of judicial and procedural practice shows that it is the activity (inactivity) of controlling persons that is most often the reason for the bankruptcy of enterprises! At the time of the appearance of debts, the net assets of debtors are usually always lower than the amount of debt.

Importantly! Remember, write down, do not forget!

♦ If the debtor does not declare bankruptcy for himself within the period specified in the law, the above causal relationship is automatically considered to be present.
♦ You cannot get rid of subsidiary liability, it is for life and is not written off during the bankruptcy procedure.
♦ Bringing to subsidiary liability is possible in a joint and several manner and everything that is is collected until full repayment.
♦ It is vital to be the first creditor, explaining why, is not necessary, as it is obvious.
♦ The amount of the principal debt should be more than 300 thousand rubles, and the court fee for an application for declaring bankrupt “costs” 6 thousand rubles.

Set by law! The burden of proving that there is no causal relationship between the inability to satisfy the financial claims of creditors and the violation of the obligation to declare bankruptcy in court, lies entirely with the persons who are held accountable.

From the foregoing, we see that the controlling persons are protected by the “presumption of innocence”, but …

At the same time, the law specifies the signs of the illegality of their actions, allowing them to get close, these include:

1. Knowingly “destructive” decisions made regarding the debtor’s business course, for example, decisions that benefit third parties, but are unprofitable for the debtor and its creditors.
2. Significant business decisions (instructions) taken that violate the principles of reasonableness and good faith, for example, regarding transactions on obviously unprofitable (fake) terms.
3. Administrative (personnel) decisions made regarding persons who, as it is obvious in advance, will not benefit the company, for example, hiring “unsuitable” citizens for leadership positions.

Controlling persons can also be held liable for subsidiary liability if the LLC is recognized as inactive and has already been excluded from the Unified State Register of Legal Entities, as well as liquidated.

From a liquidated legal entity (from its controlling persons) you can “get something” if the procedure for its liquidation is not followed! Specifically, if it becomes known that the liquidator knew for sure that there are unfulfilled obligations to creditors that demanded “payment”, for example, through the court, and the liquidator compiled an interim liquidation balance sheet without taking into account this claim.

The procedure for bringing to subsidiary liability

The first thing the creditor must do is publish on the relevant official Internet resource information that he plans to apply to the arbitration court with a demand to declare the debtor bankrupt and implement this intention in 15 days (legally valid publication is 30 days from the date of publication).

The second thing that is required of the creditor is to file an application in open process that he does not have the financial ability to “sponsor” bankruptcy proceedings and pay the arbitration manager’s remuneration.

Further, the case is terminated due to lack of funding and the court considers a separate aplication by the creditor to bring the controlling persons of the debtor to subsidiary liability.

After that, if everything went smoothly, the creditor has a court decision and a writ of execution in his hands, allowing him to start the process of collecting the debt from the natural persons controlling the debtor.

Among other things, you should stock up on patience and money, since the collection of debts from controlling persons can last 6-8 months on average, even if the arbitration manager is your friend, and an experienced lawyer is handling the cases.