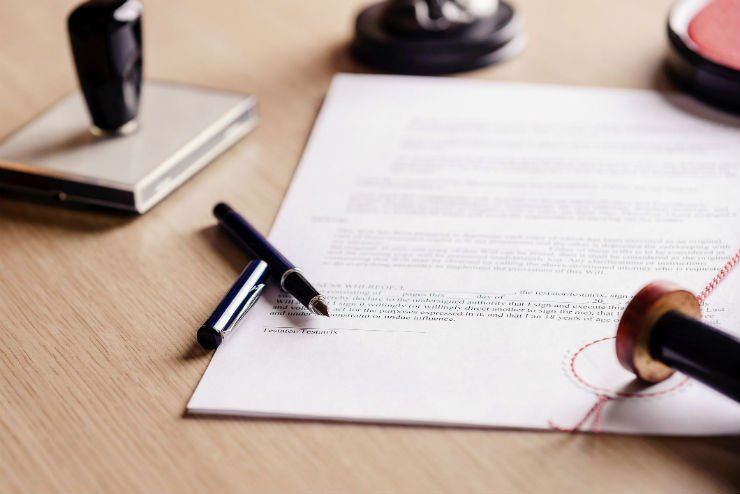 The citizen applied to the court with a claim against two other persons, demanding the recognition of property rights by inheritance. The claim was motivated by the fact that after the death of her aunt, an inheritance for real estate (house, land) was opened.

She, within the time period established by law, turned to the notary with a statement on the acceptance of the inheritance. The notary refused to issue a certificate of ownership, citing the presence of an heir by will.

This happened because the plaintiff’s aunt made two wills in one day: the first at 11:00, and the second at 15:30. Before lunch, she bequeathed all her property to one person, and after lunch, she left only the land share to the same person.

According to the opinion of the plaintiff stated in the court, this heir has the right to claim only a land share, and all remaining property (a residential building and 2 land plots) must be divided between the heirs according to the law …

The plaintiff asked the court to recognize her ownership of the house with outbuildings and two land plots, since the wills contradict one another, determining a different volume of inherited property.

The court of first instance and appeal to the plaintiff were denied. Motivated by the fact that wills are not contradictory, because they were drawn up by one person and with respect to one heir. It was decided that the last will does not cancel the previous one, but only clarifies it in terms of the land plot.

SCU figured out the situation

Having considered the case No. 369/3186/17 on June 26, 1919, by its resolution he published a legal opinion stating that the fact of drawing up a new will, which reducing the amount of the estate, but does not change the testator, cancels the “old” will.

It was established that the plaintiff is the niece of the deceased and applied for the inheritance as the heir under the law by the right of representation. At the same time, the person to whom the deceased with two wills left her property (the heir under the will), as well as another person, declared her rights. In addition, there was one more “older” will in the case concerning two other persons.

This further “confused” the situation, which the Supreme Court of Ukraine “unraveled”!

The Ukrainian Supreme Court pointed out the fact that in this situation, Part 3 of Art. 1254 of the Civil Code of Ukraine, which states that a decrease in the volume of the hereditary mass, even without changing the testator, cancels the will of the latter in the relevant part, since he decided so.

YOU MAY BE INTERESTED IN
There is nothing to recover from the legal entity-debtor? Bringing controlling persons to subsidiary liability!