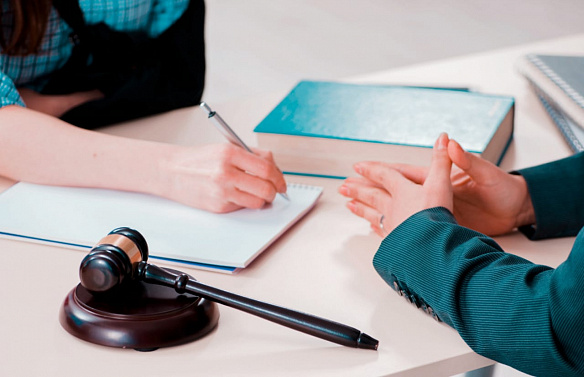 Analysis of the decision of the Supreme Court of Ukraine in case No. 524/4946/16-ts dated 08.07.2019, is answering the question of what should be recorded in the IOU so that the debt repayment is not in question. Professional legal advice – to everyone who borrows and lends!

The citizen applied to the court with a claim to collect the debt according IOU  – almost half a million hryvnias. he lent a friend for 1 month, but he did not return it.

The court of first instance (appeal instance also) dismissed the claim, citing the decision by the absence of an obligation to return the funds in the receipt.

The plaintiff appealed against the refusal of the courts to the Supreme Court of Ukraine, referring to the fact of improper examination of the IOU and to the fact that the defendant did not apply for an examination in order to identify the signature.

In addition, the plaintiff asked the Supreme Court of Ukraine not to take into account the fact that the debtor was registered at the drug dispensary, since, in his opinion, this does not relieve the latter from the obligation to repay the debt.

The Ukrainian Supreme Court examined the case materials. The fact of writing a IOU stating that the defendant received money from the plaintiff for a month was established, but the cassation appeal was refused, since …

“The legal analysis of the IOU showed that it was impossible to establish from its content whether the defendant received money from the plaintiff precisely on loan, since it does not spell out the obligation to repay the loan. The Supreme Court of Ukraine also took into account the words of the defendant that he did not receive any money in fact, but wrote a receipt to settle the issue of alienating his apartment in favor of the plaintiff.”

The decisions of the courts remained in force!

The Supreme Court of Ukraine gave to debtors and creditors valuable advice on how to properly draw up a IOU so that debt collection on it would not be a problem.

The courts, based on the presence of the above grounds, establish the existence of legal relations between the parties to the dispute under the loan agreement, determining the validity and “authenticity” of the document – the evidentiary basis for the existence of an agreement.

YOU MAY BE INTERESTED IN
The Supreme Court to the Prosecutor’s Office is a friend and comrade! Don’t believe? Read on!

The case № 638/8636/17-c considered by the Supreme Court, 05/13/2020, was closed by a legal conclusion, according to which the inactivity of the prosecutor’s office is not evidence of moral harm, therefore, it cannot be compensated! Initially, the lawsuit was initiated by a citizen who believes that the inaction of the law enforcement system is […]