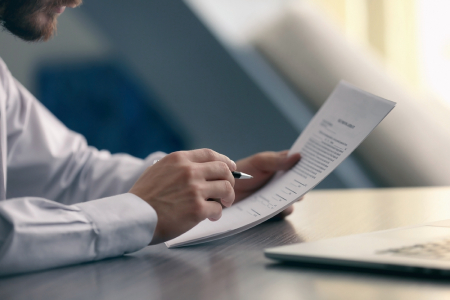 The Ukrainian Supreme Court “remembered” about the “contra proferentem” principle! By the decision in case No. 756/1381/17-c of 03/25/2020, he consolidated the legal conclusion based on this doctrine.

It reads: “If the interpretation of the content of a written agreement by means of general methods is impossible, the contra proferentem interpretation is used – the words are interpreted against the one who fixed them in it!”

The primary reason for the formation of this conclusion was the claim of the residents of the cottage town against the management organization that provides them with security services on the territory of the “robbed” residential complex.

The tenants in court demanded the recovery of damage caused by improper fulfillment of contractual obligations that led to the theft of property (they stole the ATV of one tenant, parked on the territory of the cottage complex).

The court of first instance dismissed the claim for reimbursement of the cost of the stolen object. The plaintiff was pointed out that the obligation of the management company to monitor the safety of the personal property of each tenant was not spelled out in the controversial agreement!

“The court of first instance mistakenly decided that even the obligations clearly spelled out in the contract do not guarantee that if one of the parties fails to fulfill its obligation, the other will receive compensation if they cannot be interpreted unambiguously!”

The appeal court took the side of the plaintiff! It was decided that the obligation of the defendant, prescribed in the contract, to ensure the protection of the territory and the safety of property objects located on it, affects the situation with the ATV, which was stolen from the territory, and not from the owner’s land plot.

The defendant appealed to the Supreme Court of Ukraine, motivating his complaint by the fact that the appellate instance incorrectly qualified the contract, the drafting of which did not provide for the obligation to preserve the property of the plaintiff!