Юридические услуги / News / Forge a document and not go to jail? Is it real? 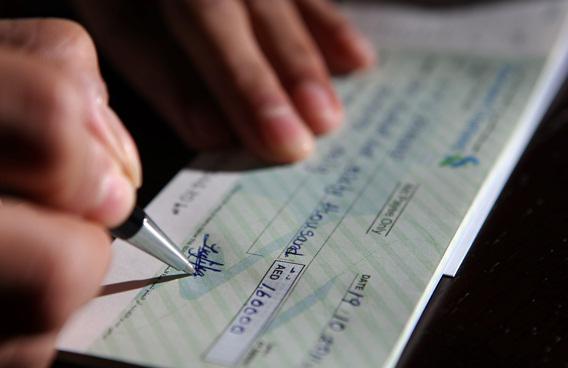 Forge a document and not go to jail? Is it real?

Interestingly the judges are judging! There is no other way to say after analyzing case No. 750/5469 / 18, which reached the Supreme Court and ended with the publication of a legal conclusion on it on 03.03.2021.

In the beginning there was an acquittal …

The District Court concluded that the citizen was innocent of committing a criminal offense under Part 1 of Art. 358 Criminal Codex (falsification of documents).

By the same verdict, the citizen was “arrested for six months” for using a forged document and “imprisoned” for 5 years without confiscation of property for illegal possession of a vehicle.

Following the principle of absorption, the punishment was chosen from one to five years without confiscation and immediately “took pity” on the offender, releasing him from punishment with a probationary period of 3 years.

What did the citizen do? All in all, he forged the passport of the deceased – pasted someone else’s photo into it and took a car from a car dealership with a friend “on lease with theft” according to this document!

The fact that the criminal for such a serious offense remained practically unpunished, naturally, angered the prosecution authorities and they gave the case a further course!

The question arose: “How could the court recognize a citizen as practically innocent who: pasted his photo into the passport of a deceased person and, together with an accomplice on this document, tried to draw up a lease agreement in a car dealership, pay for the car in the future without intending, and when the registration attempt failed, I just took it and drove away, right, to the first traffic police post? “

In fact, it turns out that it is quite possible to forge the passport of the deceased, try to take a car for him on credit without planning to pay for it, steal the car and remain free! The judicial system allows it ?! It would have been so if the procurator had not been saved by the “honor of the judicial mantle”!

The accused did not manage to get off with a slight fright!

The prosecutor’s office, like the traffic police, reacted clearly and immediately to an attempt to break the law!

The prosecutor demanded a reconsideration of the case and the cancellation of the decision of the appeal, arguing that the courts completely unreasonably treated the accused too softly.

The prosecutor’s complaint was upheld

In the Supreme Court, it turned out that, indeed, the case was considered through the prism of kindness, without examining all the circumstances of the incident, and the serious crime was punished as a frivolous offense.

Neither the district court nor the appeal in this criminal process adhered to the requirements of the law, did not give evidence-based answers, but went, so to speak, in the wake of the defendant’s human rights defender.

It is also interesting that the accused, following the principle of “impudence is the second happiness,” in the cassation procedure with the help of a criminal defense lawyer, generally tried to drop all charges against himself, pointing out the absence of evidence of guilt.

But, is gladdening fact that nothing came of it and the law still triumphed. To an excessively “good” court, they pointed out that ignoring the circumstances of the case for the reason that they contradict the prosecution’s version is a completely wrong position from the point of view of the law.

It is logical in such a situation to establish the circumstances of the case, which the defendant’s version cannot provide a logical explanation, as grounds for reasonable doubt about the proof of the person’s guilt. And this is a story with a completely different punishment for a criminal!

The Supreme Court of Ukraine got the case № 760/10691/18, during which the validity of the sale and purchase agreement was challenged, which, according to the plaintiff, was not signed by him! As a result of the proceedings, a legal opinion was published on 04.09.19! The Ukrainian Supreme Court determined that the expert’s conclusion that […]