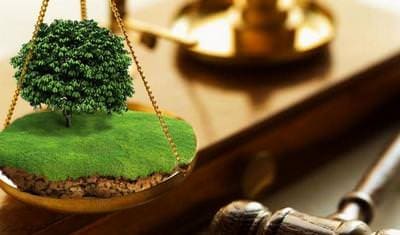 BC-SCU should regulate the right to exchange land shares

The procedure for resolving land disputes in Ukraine can be called “order” with a stretch! Due to the endlessly extended land moratorium, controversial issues in the field of land relations arise systematically.

In fact, the presence of registration of ownership of land implies that it is the property of a specific person with all the ensuing legal consequences, but …

There is a moratorium!

It restricts this right of Ukrainians and does not allow them to fully dispose of this type of real estate.

So, in the near future, the highest judicial instance should solve another legal problem related to the moratorium on the sale of land. The case regarding the alienation of land under a land exchange agreement will be considered.

On January 23, 2019, the Supreme Court of Ukraine adopted a ruling in case No. 227/1506/18, by which it submitted to the Grand Chamber for consideration the prosecutor’s cassation complaint regarding the recognition of the agricultural land exchange agreement as invalid, since it became necessary to deviate from the current legal conclusions.

“Now the exchange of land shares (shares) in the period between the holding of meetings of the owners of shares regarding the distribution of land plots and the issuance of state certificates for the right of ownership to their owners is allowed according to the “share for share” scheme under Art. 14th Law of Ukraine “On the procedure for allocation in kind (on the ground) of land plots to owners of land shares (shares)”.

The above position is regulated by the already irrelevant conclusion in case No. 6-464tss16, since it was made public before the decision of the European Court in the case of Zelenchuk and Tsitsyura v. Ukraine regarding the illegality of the moratorium on the sale of land.

In it, the ECHR made it clear to the Ukrainian authorities that the moratorium must end, as it unbalances the interests of owners and restricts their rights, violating the Convention on Human Rights.

In its ruling, the Supreme Court of Ukraine indicated that the decision of the ECHR clearly defines the fact that the land moratorium in our country violates the Civil Code and the Convention, therefore, the owners of land shares have the right, independently or through a legal services center, to demand in court compensation for damage caused by state restriction of their property rights.